This is a Tribute for family and friends to gather, share their memories, and celebrate the life of our beloved friend Edward Blayney. Please feel free to leave your memories and photos

I know I'm almost a year late but I was Bernadette's friend and whenever I visited, her dad would always sing "Mona Lisa" (my name being Lisa) and then add "Bernadette's got a picture of you on the wall!" (Mona Lisa print). He was such a nice, warm hearted man, always chatty and making jokes and his family must be missing him very much. Regards...Lisa Ashurst (Stewart)

I remember being about 3-5 years old and seeing Dad as an absolute super hero!! He was great!! After having children of my own, I realised the untold patience that Dad had with us in those days. I'm grateful that about 3 years ago, I had the opportunity to tell him that when I was calling him from overseas. I spoke of those days long ago and I said "You were a good dad." His reaction was just a quick "Yeah, thanks for that son" and then he moved quickly on to something else. I know he appreciated it, just the same. I'm certain he has now found the peace of mind that he never really had. Whether his ways agreed with us or not, Eddie will be sadly missed by many.

My memory of uncle Eddy was that he appeared to be the quite one compared to his brothers Frank, Kevin and John and on the surface was more refined than his brothers and some of his sisters... A good memory of uncle Eddy was in Orange at a party in the Kellys house. There was singing and drinking and they were all most probably "Inked". Uncle Eddy needed to go out to the little outhouse to relieve himself and before he went out he popped out his glass eye and dropped it into his glass of beer.. I was later told by uncle Eddy that this was his insurance that his brothers or anyone would not pinch his beer and drink the contents whilst relieving ones self.. His brother Kevin must have thought this to be a good idea as he used to drop his false front teeth into his glass..My memories are many and it was always exciting whenever our paths have crossed and I think the last time we were together was at his sister Sheila's 80th birthday in Liverpool. Edward Myles Blayney you will be sadly missed by all who had the pleasure of knowing you..

Im remembering his funny eccentric ways.He would make things or fashion bits of old objects together with something useful in mind.It didnt always get finished.I found in his possessions the glass from his binoculars (they would be a collectors item now if left intact!) and he had soldered it onto a metal piece of something with a bit of plastic wrapped around it to make a grip.Some kind of magnifying glass I suppose-or a monocular device...who knows! And we all found it greatly amusing how he had a kit in his boot for whenever he came to stay before he became too old in body for such adventures.The kit consisted of an air mattress,vacuum cleaner used to inflate it and a couple of pieces of masonite which he had connected with a hinge which slipped perfectly underneath the the top of the mattress and one piece folded upright in order to prevent his pillow from slipping.A portable bed head I suppose.Very innovative. The funniest I thought was his "remote control" It was only last year when I was visiting that I was introduced to the long long stick he had made with a soft piece of something on the end which he could use to change channels and adjust volume from the comfort of his recliner chair.He had given up in exasparation when the electronic remote had failed to work. I filmed him using this simple but ingenious device as I was so taken with it ! I also love how he would wear his sun visa in the lounge room some nights whilst watching tv as the glare from the overlight was too bright! Im not sure why he didnt think to switch it off.So many memories that are bringing a smile to my face. I miss you dad x

Watching the abc news sitting at your feet and you telling me about the Vietnam war. You said it had been going on for twenty years-a time frame I could scarcely comprehend. And you said it was a "just war". And then i remember being so proud when20 or so years later we watched the news again as the Iraq/Kuwait conflict was being threatened and you wanted to come to the protest march with me. You had realized war was the waste and fruitless exercise that it is. And I remember thinking how great it was that even you could change your point of view.

Laughter in the house as you showed us your glass eye tricks!

My earliest memory is of Uncle Eddie playing jokes on us with his glass eye - as a young child - the most amazing sight! The wonderful father, husband and such a great man of true values and honesty are my visions of this tall dark and handsome man .... time passes by so quickly - I would have loved to held your hand and told you how much you meant to me - but especially just how much you meant to my mother, your sister Margaret - you were so close - and it could not be denied you were so treasured in her heart and a true confidant throughout her short ( 51 years ) life. I am fortunate and privileged to know you and to share in many parts of our lives as our paths crossed. Rest in the peace you so rightly deserve. I am glad your exit was beautiful and peacefilled. your loving neice Annie ( Frauenfelder) 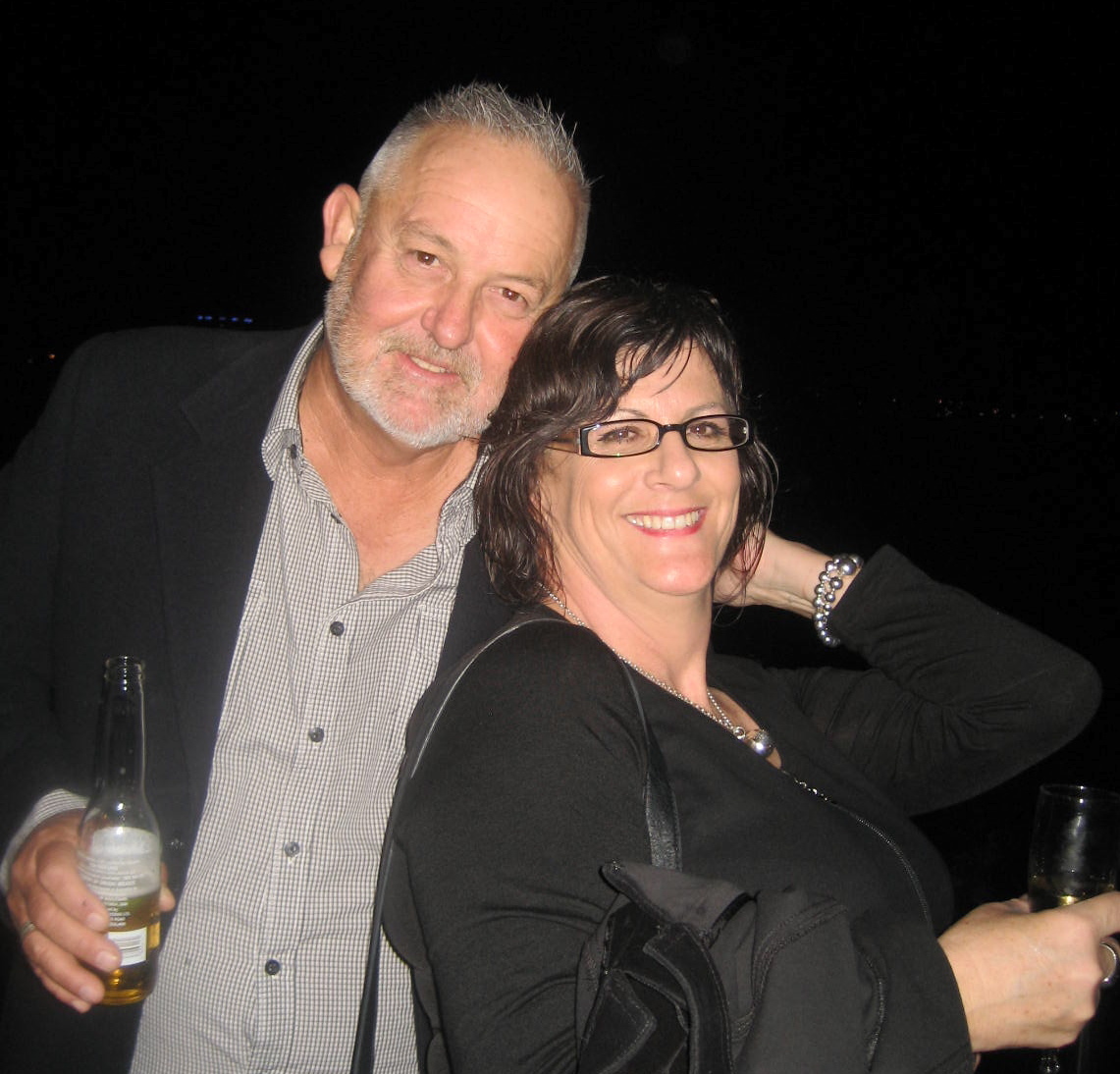 My earliest memories of darling Uncle Eddie were of him playing tricks on us - with his glass eye. He was the most treasured brother to my mother Margaret and I knew they were close - they were always laughing. My memories of holidaying in Lidcombe with my cousins are special - a special man - just like my dad - hardworking and very deeply religious - attentive dad and I always felt special to him as his visiting niece. my mum, his sister had 9 of us and he had 7 of his own with beautiful Rosemary - so gentle and soft - I always felt safe and warm at that Lidcombe house - except when we had to do the afternoon chores - I remember vegetable gardens? and Rabbits! My Uncle Eddie taught me the value of being truthful, honest, loving and accepting. A tall dark and handsome man, a good man. One to be proud of knowing and loving. Rest in Peace dear loving Edward, you deserved a peaceful exit from this life and I am pleased you received it. I feel for John now - your last remaining brother of the 10 brothers and sisters born to your mother. your children will cope now you have departed, your teachings for them now complete. I love you with all my heart, your loving neice, Anne Therese Walters ( Frauenfelder)

My dear Uncle Eddie , my mother's beloved and cherished brother. Naturally , my first memories of you were visiting us ( your sister's family) in Orange NSW where we lived after mum (your sister, Margaret) and her handsome husband Tony ( my dad) moved after getting married in Sydney. They had 2 boys there in Sydney then after moving to cold Orange - had 7 more kids! Mum and you shared so much together - as she had 9 kids and you had 7! My earliest memory is of you playing tricks on us with your glass eye! I thought you were indeed magic. Well ... you were really - to me - your humble niece. Tall, dark and so handsome! On holiday in Lidcombe you always proved to be the attentive father and hardworking husband as I found my own father to be. always kind to me - always truthful, always religious with a sense of good doing. I just loved you Uncle Eddie and I am sure you left this world in a peaceful exit, as you deserved it - I hope you are laughing now with my beloved mummy Margaret. all my love forever, Anne Therese Walters - ( Frauenfelder)

Discussing something political in the news and agreeing about it. Swooning over the spectacle of 'Turandot' at the Opera House. Comparing notes on the phone after getting up at 4am miles apart to watch Placido Domingo do 'Tosca' in real time in Rome...

Keep this Tribute free of advertising.

Copyright © 2021 Respectance is an IIZT production. All rights reserved.